If you’re feeling a bit lost, read this introduction to Bayes Theorem, which shows when and where to use the Math.

You’ve seen your colleague, Alice, be late 3 days, and on time 4 days the past week.

Everyone has their own prior odds. I used 1:1 for the being late case. But, you can play around with these too.

In the being late example, this gives us that our current hypothesis is \(\frac{1}{19}\) times likely as the other one.

Have another use case I’m not covering? Let me know. 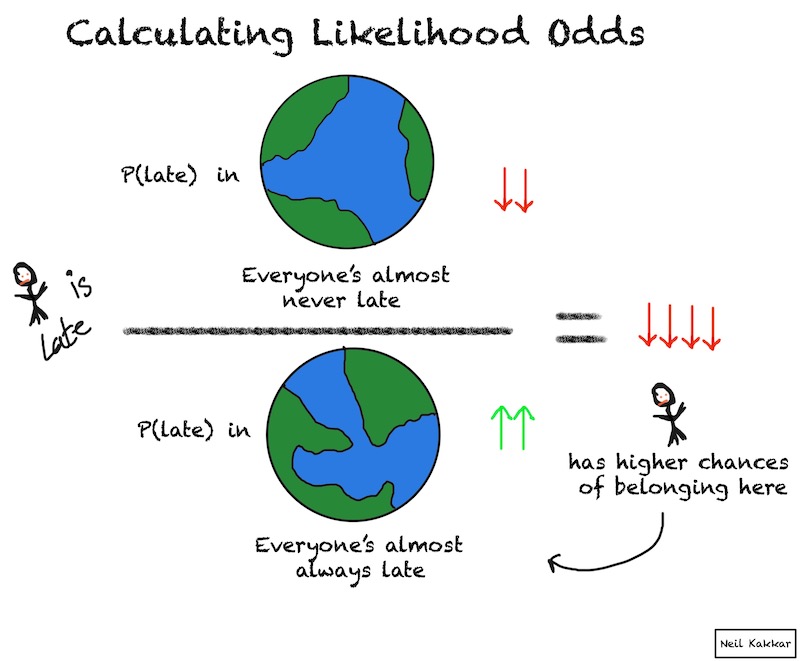 This is a complete guide to Bayes Theorem for critical thinking. Learn why we think the way we do, and how we can do better. Everything arises from this simple formula from Probability Theory - Bayes Theorem.

You can send yourself an email with this post.